In October 1943 when the city of Trieste was included in the military operation Operationszone Adriatisches Küstenland – OZAK, the most tragic period in recent history began, therefore some buildings used for rice husking (the Ricemill of San Sabba) were designated as Polizeihaftlager (police detention camp). The building had the function to torture and sort prisoners in particular Jews who were destined to be deported to Auschwitz and other extermination camps. In addition, many political enemies and partisans of different nationalities were killed in this building. The ricehusking factory of San Sabba was the only Italian Nazis camp with a crematory oven activated from 1944 until the end of World War Two. After the Second World War some buildings were used as refugee camps starting from the 1950’s. In 1965 following a decree of the Italian president of the republic it became a National monument. The Memorial was restructured in its current form in 1975 after Romano Boico’s intervention. Inside the multimedia museum, created in 2016, there can be seen many artefacts such as photos, documents, projects, objects given by ex-deportees and videos. Furthermore, the National Monument is formed by various areas that can be visited.

Currently historical research is not able to provide precise information on how many prisoners effectively passed through the Risiera Polizeihaftlager, nor how many victims there were. During the 1976 trial it was hypothesised that there had been “at least 2,000 victims”, though some historians put the figure much higher, between 4,000 and 5,000. At the trial, Albin Bubnič, journalist of the Slovenian daily newspaper “Primorski Dnevnik” presented the judges with a partial list of 317 names of people killed at the Risiera, and today 349 names can be confirmed.

The victims were mostly members of the Resistance (Italians, Slovenians and Croats), hostages captured during the round-ups and civilians arrested because they were suspected of collaborating with the partisans. Many of them were transferred from the city prisons of Coroneo or the Gestapo and SIPOSD (Sicherheitspolizei-Sicherheitsdienst) command in piazza Oberdan; many were brought there directly from where they had been captured. The SS and the Ukrainian soldiers working under them were in charge of the killings, and used various means of doing so: hanging, firing squad, gas emissions, bludgeoning. The executions generally took place at night; from the depositions given during the trial it emerged that the SS set the dogs loose and played loud music in the camp to cover the cries of the prisoners.

What is certain is that around 25 Jews were killed at the camp because they were considered unable to face deportation, or because they were accused of breaching the regulations. On 13 September 1943 Heinrich Himmler placed SS Gruppenführer und Generalleutnant der Polizei Odilo Globocnik in charge of the police and security forces of the Adriatic Littoral, previously in charge of Aktion Reinhard, the General Government project for the systematic mass extermination of Jews (around 1,700,000 people). The SS official had many of the staff he had worked with in Poland transferred, including the men from Aktion Reinhard, or Einsatzkommando Reinhard, working firstly under the command of Christian Wirth and then under August Dietrich Allers. The main nucleus of the unit, composed of around 90 men from the SS, plus a group of Ukrainian collaborators, had also taken part in Operation “Eutanasia” (also known as T4, which from 1939 to 1941 began to exterminate German and Austrian disabled and psychiatric patients). Subsequently, between 1942 and 1943, many of them held various positions in the extermination camps in Poland (Belzec, Sobibor, Treblinka). 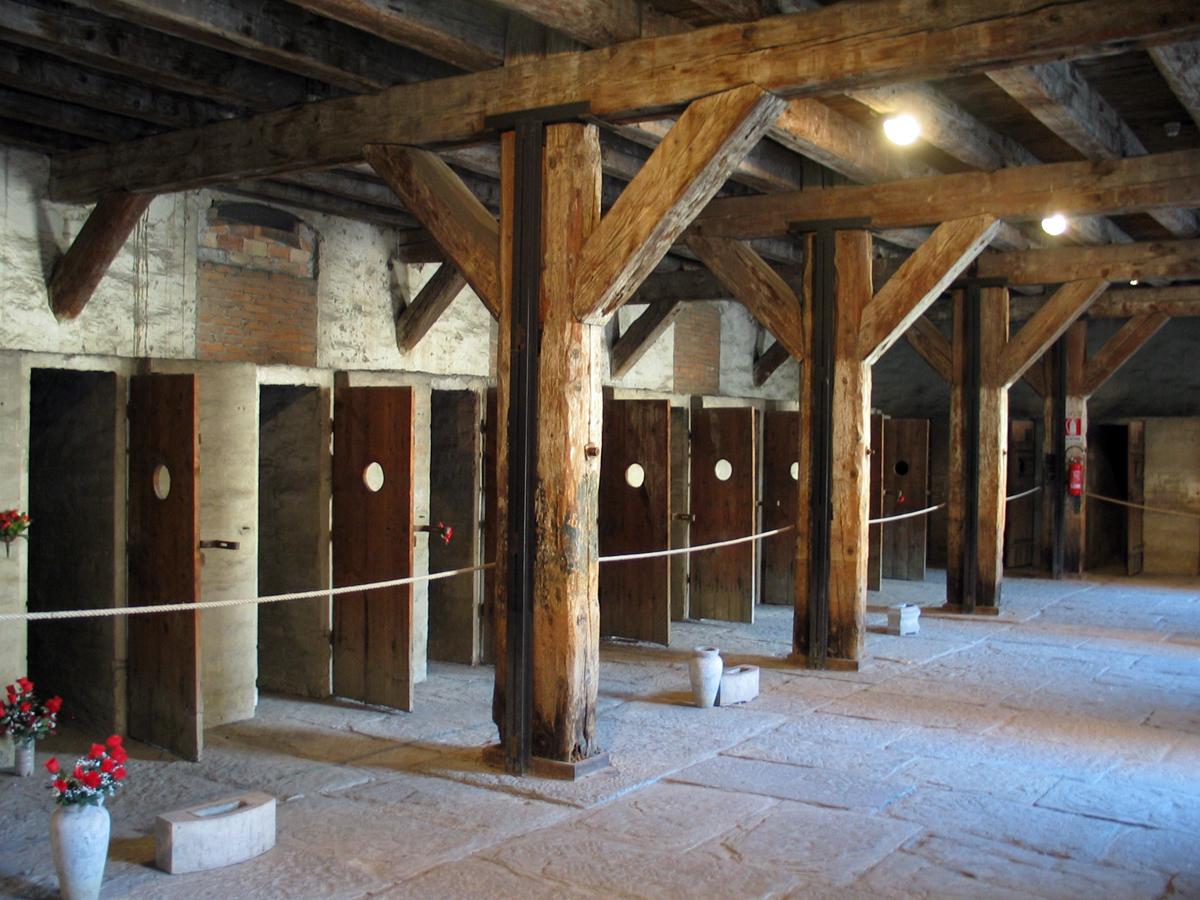 The mini-cells hall is the place in the National Monument which more than any other has remained as it was during the time of the camp. In the hall of the old building, the Nazis built 17 mini-cells, creating a kind of prison inside the concentration camp. These were used to keep political prisoners and members of the local Resistance, as well as Jews and civilians arrested during police operations. For many, these cells were the ante-chamber of death, for others holding cells before deportation. The inner courtyard which today houses the metal sculpture and the large metal plate was at the time of the concentration camp the site of the chimney stack and two buildings – the ex-machine room and the ex-boiler room – where the killings took place and where the crematorium, used to cremate the bodies of the killed prisoners, was located.

Concerning the position and operation of the crematorium, contrasting testimonials were given by the Nazis themselves after the war: some spoke of using a kind of grill at the base of the chimney stack, others of building a new oven inside one of the buildings in the centre of the courtyard (according to the design by Erwin Lambert, member of the Einsatzkommando Reinhardt-EKR, who had already built other crematorium ovens in the Nazi extermination camps in Poland). The trial for the crimes committed at the Risiera di San Sabba was held from 16 February to 28 April 1976 at the Court of Assizes in Trieste after a long and complicated legal process that began thirty years earlier. The subject of the debate, which involved more than 174 witnesses, was the criminal activity of the men of the Einsatzkommando Reinhardt (EKR).

Two officials from the unit were accused of “continuous mass murder with aggravating circumstances”, for having killed an unknown but large number of people: August Dietrich Allers (who died during the legal procedure) and Josef Oberhauser (who failed to appear, in Munich). The trial ended on 29 April 1976 with a life sentence for Josef Oberhauser, which was never served as the German authorities were not obliged to hand him over to the Italians according to a bilateral agreement signed in 1942.